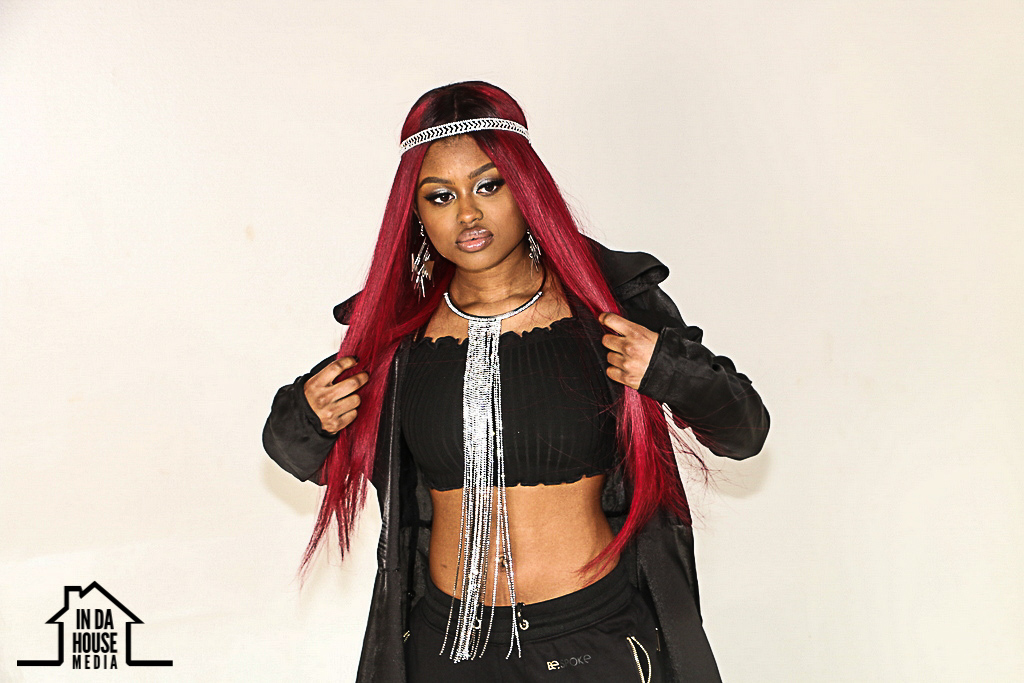 Young Niyah is an unpredictable and young artist with a hot new single coming out titled, “Hit Em”. Young Niyah describes herself as talented, smart, and intriguing. She also expressed that her favorite color is red. When in action, you have no idea what I will say or do next, Young Niyah explained. She stated that one day she could feel like rapping, and the next; she could be singing gospel music. I am not a predictable individual, she emphasized. When it comes to the music industry, Young Niyah grew up around R&B and Hip-Hop. Additionally, she is Xscape’s Tamika Scott, daughter. So, It should not take long to discover or guess where Young Niyah got her talents from.

After interviewing Tamika, Young Niyah expressed that she always goes the extra mile when it comes to her music career. Young Niyah even turned down a full sports scholarship to Arkansas University just to be an artist. She explained that her mother has been a big help along the way, when it comes to her music career. Young Niyah stated that in the music industry, she considers herself an unique artist. She explained that she is unique because she does everything on her own such as writing lyrics, song flow, etc. Young Niyah stated that she has always been different and has never been someone who believed in peer pressure or following the crowd.

When it comes to the current hot and trending artist in the music industry, Young Niyah stated that she admires Drake, Nicki Minaj, and PnB Rock. She only named a few. She stated that she wants to be a similar artist, but of course; she will always be herself, and add her own twist to whatever she creates or releases for her listeners. When Young Niyah is creating music, through her music, she speaks about- love, heartbreak, God, etc. she explained that she creates from her heart and the outcome follows. Young Niyah explained that in five years, she hopes to be on tour, acting in movies, and inspiring other young girls to follow their dreams while believing that anything is possible. Additionally, Young Niyah is currently working on new music and her future EP. she hopes to do some features with Nicki Minaj, Drake, Ace Boogie, etc. Young Niyah also spoke briefly about doing some college and high school tours soon to promote her music and to encourage and inspire the youth. She has many goals for her music career and she is certain she will achieve them all.

So far, Young Niyah has been making all of her dreams come true. Her new Hit Single “HIT EM” will available on March 24, 2018 on ALL MEDIA OUTLETS. Young Niyah stated that her inspiration to create this song came from people always having negative things to say, whether if it was about her, or just in general. She explained when you hear “Hit Em”, it means, blocking out all of the negativity and shining your light on the down talkers.

Continue Reading
You may also like...
Related Topics:Featured, Young Niyah