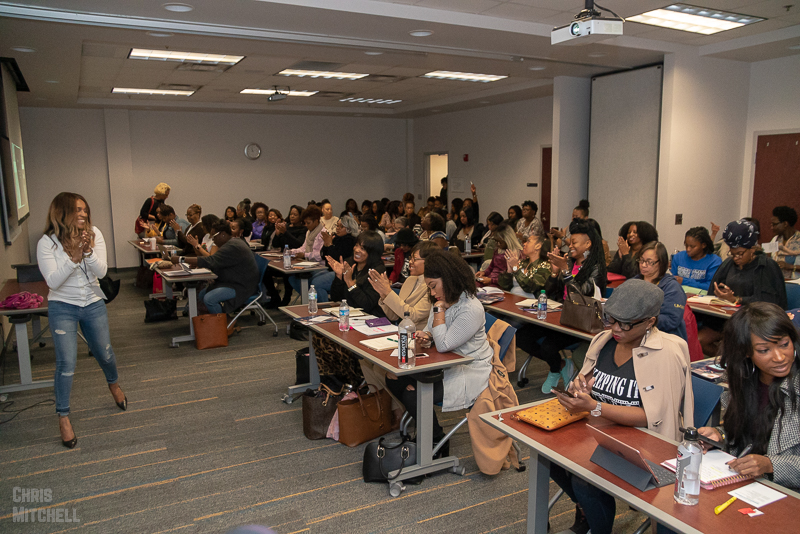 (ATLANTA) – March 12, 2019 – This past weekend, the 2019 Black Women Film Network Summit – sponsored by Georgia Power, HBO, Atlanta Technical College and Oz Magazine – took place in Atlanta and drew a record 800+ attendees from all over the country, making this the largest Summit in BWFN history. The event kicked off on Thursday at the Georgia Power corporate headquarters with an invitation-only Welcome Reception and Scholarship Awards Presentation, where BWFN founder Sheryl Gripper announced the three college students who each received $1,000 scholarships to further their pursuits in film and television: * Kayla Jones – Georgia State University* Morgan Johnson – Baylor University* Amberlin McCormick – UNC Charlotte

The Welcome Reception also featured an insightful discussion with award-winning director Deborah Riley Draper, who shared wisdom gained from her research as director of Versailles ’73 and Olympic Pride, American Prejudice. The Q&A was moderated by BWFN Board Member Jaunice Sills McSwain. Draper penned and will direct her upcoming film adaptation Coffee Will Make You Black, produced by Octavia Spencer and Gabrielle Union, who also stars in the film.
We celebrated International Women’s Day on Friday with theBWFN Short Film Festival sponsored by HBO at the World of Coca-Cola Theater. Seven incredible films were screened – all selected out of 104 entries from Africa, Australia, Brazil, Canada and the U.S. Flight– the story of an inner city youth in Jamaica who dreams of flying to the moon – took home “Best Screenplay,” “Audience Award” and “Best in Festival.” First-time writer/director Kia Moses, producer Tashara-Lee Johnson and cinematographerGabrielle Blackwood traveled all the way from Jamaica to the Summit to present their film. As “Best in Festival” winners, they received a $1,000 cash prize and a meeting with HBO executives. The full list of BWFN Short Film Festival winners is below: