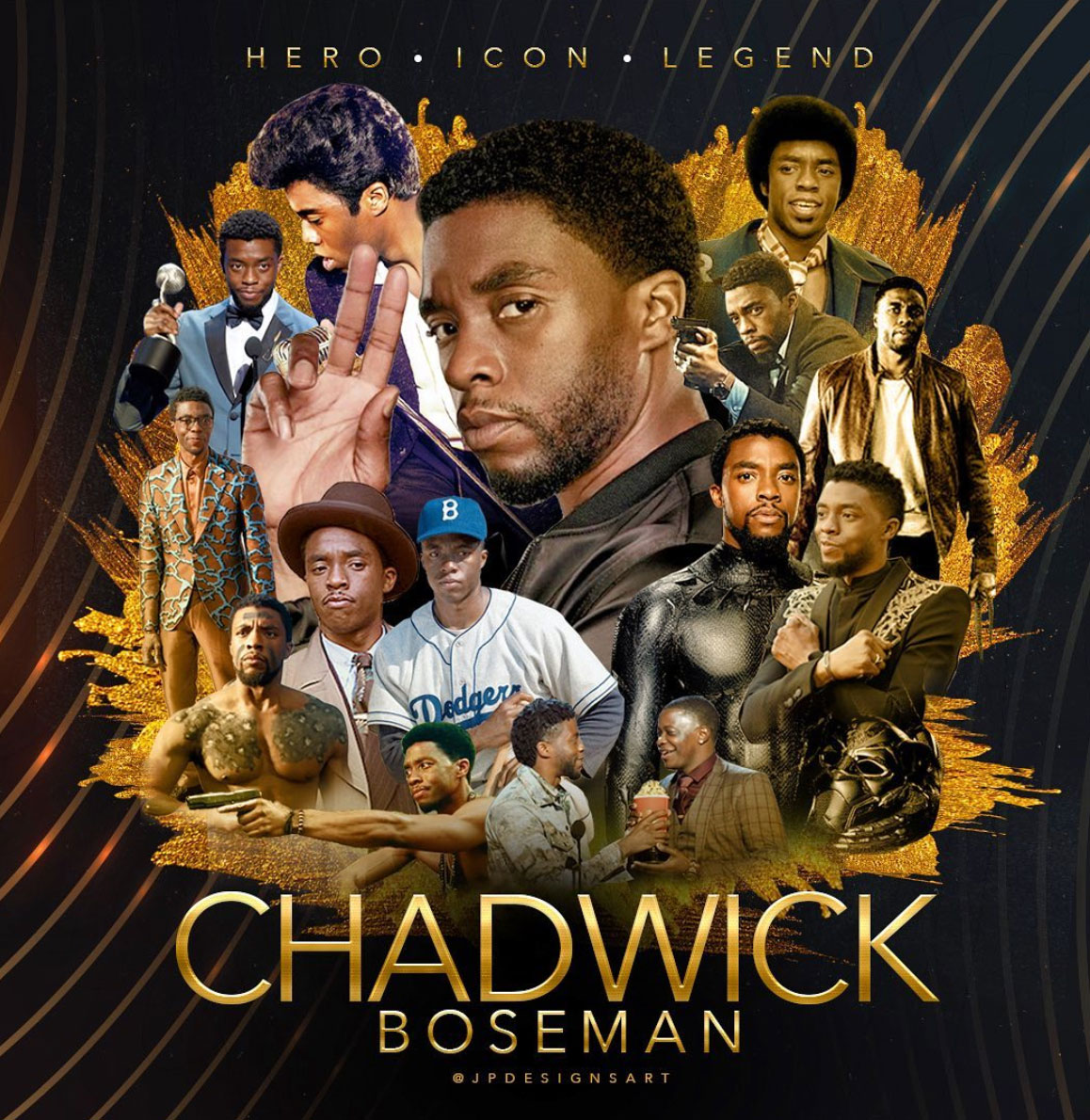 The idea that Chadwick Boseman was able to meet the acting demands of a famous athlete (Jackie Robinson), a Supreme Court justice (Thurgood Marshall), and the Godfather of Soul (James Brown) communicate not only Boseman’s range, but the diversity of the Black experience.

To pull this off, Boseman likely drew on multiple influences, but he has spoken openly about how Howard University played a part with its famous breadth of Black identities and experiences prepared him for the roles. Boseman was taught by and learned with people from across the Black diaspora, both in class and in conversation.

C. BRANDON OGBUNU attended Howard University with Boseman between 1998 and 2000 (the year that Boseman graduated) and states, “I didn’t know him personally because science majors didn’t often mingle with Boseman’s ilk in the fine arts department. But we understood the great talents who walked those hallways. Actress Phylicia Rashad, a Howard alum and mentor to Boseman, was a celebrity faculty member at the time, something we were all proud of.”

Howard University as a Wakanda is an analogy that many people have made. Like the fictional country, Howard is a complicated place with all of the beauty and some of the conflict that exists in the Black world. Boseman’s King T’Challa character was memorable because he captured the challenges of having to rule a land where Black people are not a monolith.

Friends of mine who knew Boseman speak of the work ethic and focus that defined his career before he landed the starring role in 42. It was an excellent film that was, for me, difficult to watch at times. In one particularly uncomfortable scene, Jackie Robinson steps to the plate in a 1947 game against the Philadelphia Phillies. While at bat, Robinson is heckled from the opponent’s dugout by Phillies manager Ben Chapman. The invective is vile, full of racial epithets and commentary on how Robinson doesn’t belong in a white man’s game. The drama lives, not in the racism, but in how Robinson is powerless to fight back. His only retribution must be indirect and is far from guaranteed: Boseman’s Robinson must simply bear the insult and be better at his job than everyone else.

Serious illness is enough of an ordeal that its sufferers should be afforded whatever platform they desire to communicate what they must. And many public fights with cancer in particular have inspired us. But that almost no one knew of Boseman’s circumstances until after he had left adds a layer to our grieving.

We may never know why he chose this approach. But something about his manner to speak nothing of his experience publicly, to exude grace, decency, and constantly radiate love of his heritage and community somehow feels so perfectly Chadwick Boseman. It is as if he died while embodying the greatness in the characters that he portrayed. But perhaps this isn’t quite right, as the only great monarch that Boseman ever truly depicted was himself. And it is this spirit that personified Black America, Wakanda, and the world, that we will never forget.

Boseman’s acting roles demonstrate how much he loved the Black experience and found joy in sharing it through stories. That the trio of critically acclaimed biopics would lead to his casting as Black Panther feels like a natural progression: Boseman had mastered the art of telling the stories of the real world’s Black luminaries, so the fictional and fantastic worlds were next in line.

To say that the “rest is history” is eerily poetic. Black Panther would be the visibility peak of his young career. His career arc was not curtailed by fading performances, but by his premature death. But when we say that “the rest is history,” we are also highlighting Boseman’s special place: He not only depicted the authors of Black excellence, he personified it.

Hours after Boseman’s death was announced, conversations about him moved on from his death to questions about his life since his 2016 diagnosis. The resounding sentiment has been a suite of emotions — awe, sympathy, inspiration — in reaction to how he handled his illness. We are in awe at what he accomplished while battling cancer. We feel extra pangs of sadness and sympathy when we reflect on his public appearances. We are inspired by his strength in the face of it, as it appears that even among Hollywood insiders, almost no one saw it coming.