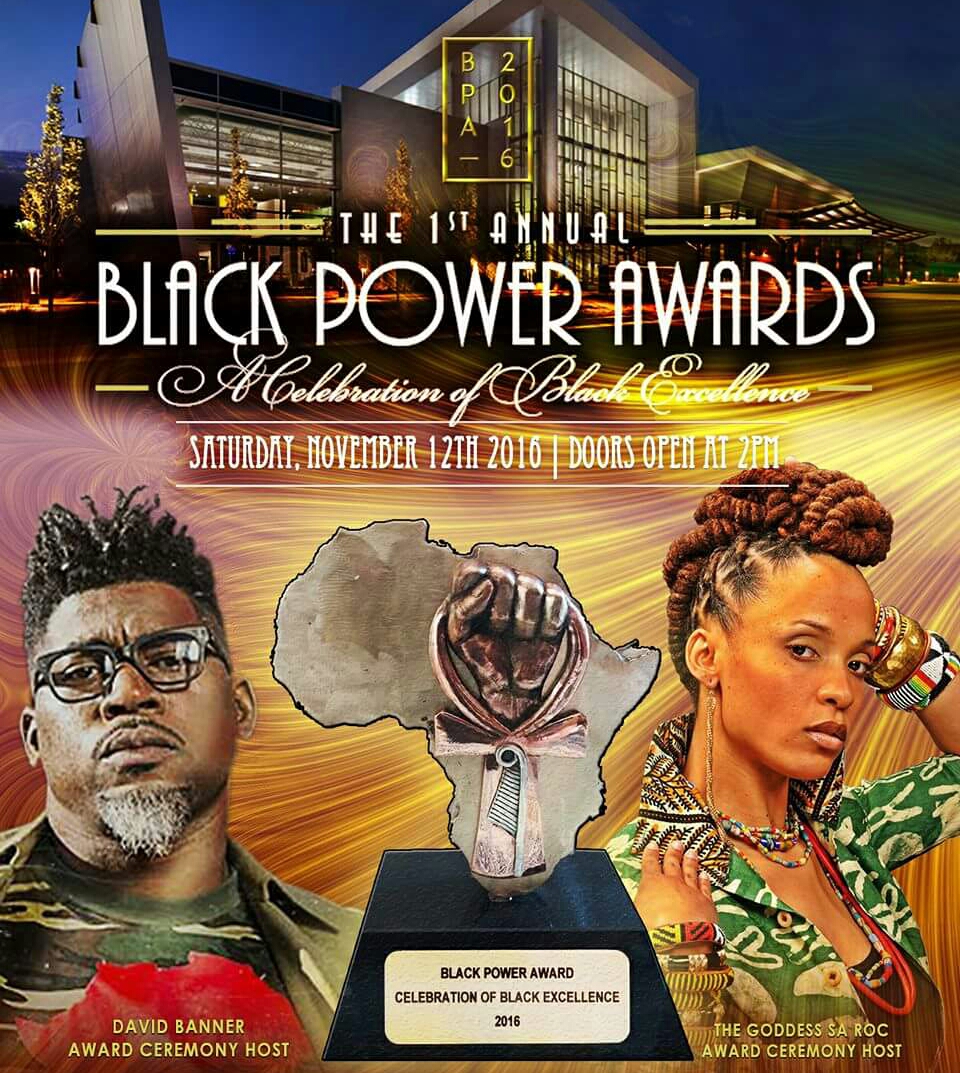 Written By: Kanta Cadogan
On November 12, 2016, a phenomenal award show hosted by none other than the great American rapper, activist and actor  David Banner and the beautifully talented The Goddess Sa-Roc The MC! The black carpet affair hosts Red Pill and Goddess Iminah Ahmad displayed awesome talent and great energy throughout their duration as the black carpet affair hosts.

Black Power Awards Mission Statement: To collectively acknowledge those among us who quietly make the daily sacrifices to better the lives of our people: the Black Power Awards is saying in one voice” we see you, we appreciate you”.

With the mission statement in mind, the award show celebration honored and showed togetherness/unity as an African American culture. We together can create our own Power and celebrate our excellence.  We don’t have to wait for other races to pave the way for us.  Anything we want to create as a culture starts with US as African Americans.

We must lift each other up. That’s why it was so important for executive producer, community organizer DJ Jordan to create, execute and showcase black culture and unity. Too often this goes unnoticed and or unappreciated.

Congratulations to all the astonishing nominees in such very powerful categories that define our social culture and economics.

The Black Power Awards also allowed for excellence to be displayed through performances of poetry, spoken word, hip hop, R&B soul, and many other genres. One particular stand out talent, I believed to be the youngest was 16 year old hip hop male artist, Ra Da Lyricist. He “wowed” the crowd with his raw and powerful lyrics. His message not only reached the youth but ever person in the building of all ages and different walks of life. During his performance he had majority of the audience on their feet with smiles and fist pump chanting “Black Power”.

The Black Power Awards hopefully can now awaken the others in the African American culture to become active participants to get involved with such a powerful effort. We don’t need white America to create the path for us. We as African Americans can create our own way! Black Power, stand up and stay woke my sisters and brothers!