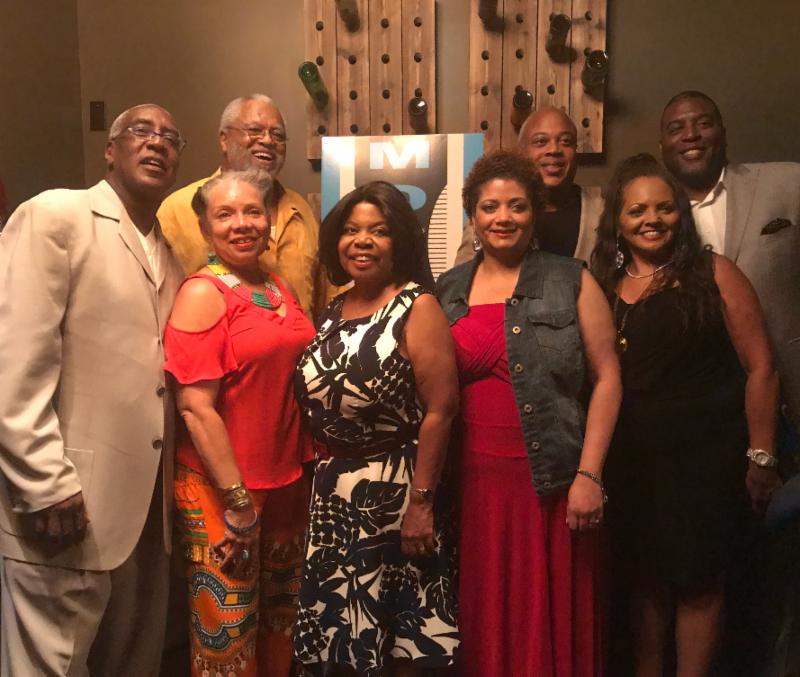 The MOBE Conference kicked off Thursday, August 17th with the #MOBE2017 Welcome Reception hosted by Yvette Moyo and Curtis Symonds, who were joined by a vast network of supporters/partners/and sponsors including two Atlanta based firms The Bronner Bros and Liquid Soul Marketing with additional sponsorship from Prudential, Combined Insurance, and support from Atlanta’s Black Chamber of Commerce and The Mayor’s Office. A highlight of the evening was a special greeting from Cox Communications President Patrick Esser, who was recognized for the role he plays in making sure diversity and inclusion are woven into the corporate fibers at Cox. Also in attendance was Bernard Bronner, President and CEO of Bronner Brothers a major sponsor of MOBE, who invited registrants to Celebrate 70 Years Of Beauty with The Bronner Bros. International Beauty Show, the largest convention in the Southeast.

Following the Social Justice session was “The Future And Now Of Music” moderated by Ken Rye, founder and CEO of Ken Rye Marketing and featuring Jill Kettles, Miss Jill PR; Award-winning producer, musician and entrepreneur Craig A. King. Unlike other conferences where the speakers leave immediately after their panels, at MOBE, the panelists stick around, network, and make themselves completely available for one on one connections. DJ Greg Street joined the conversation as an unofficial participant offering sage advice to emerging artist asking for guidance on the best way for emerging artist to get exposure.

Diversity in technology continues to be an important national conversation for tech companies and venture capital firms and, in turn, a huge area of opportunity for people of color and tech entrepreneurs. During the “Producing Content for a Multiplatform Marketplace,” moderated by Deborah Gray of D. Gray Young Consulting, Detavio Samuels, iONE Digital & One Solution President, shared some tips on how to go from ideation to execution and discussed the importance of branded content in increasing engagement. “We are definitely in an era of content explosion right now and there are tremendous opportunities for those who want to participate. Never before have we been in a moment in time where there are so many distribution partners and people who are acquiring, creating content. The tech explosion is creating new opportunities for people who want to be in the media and entertainment space regardless of the size of the company.” Joining Samuels on the panel from left to right was Whitney Mari Headen, head of Life Currency and former head of digital marketing, Essence and Jay Jackson of Ryse Media.

Attendees were inspired by the next guest, life strategist, empowerment speaker and author, Sheri Riley whose question of the day, “What will you give up? What are those things you will commit to so your greatness is revealed?” set the tone for an engaging conversation around her new book, Exponential L iving:  Stop Spending 100% Of Your Time on 10% Of Who You Are.  The conversation segued seamlessly into a life strategy session with Prudential Executive,Dorinda Walker, whose forthcoming book is a testimony that if you have the vision, you can rise above anything

Curtis adds, “Our intention is to match powerful thinkers with talented innovators and influencers across all industries.  We have limitless opportunities to soar but it can only happen if we connect and align. MOBE offers you a safe place to build relationships, strengthen your network, and increase your net worth.”

More than $187 million in business was generated to African-American companies as a direct result of associations and relationships conceived at MOBE symposiums. You don’t want to miss the next one!

Continue Reading
You may also like...
Related Topics:Marketing Opportunities in Business and Entertainment, MOBE