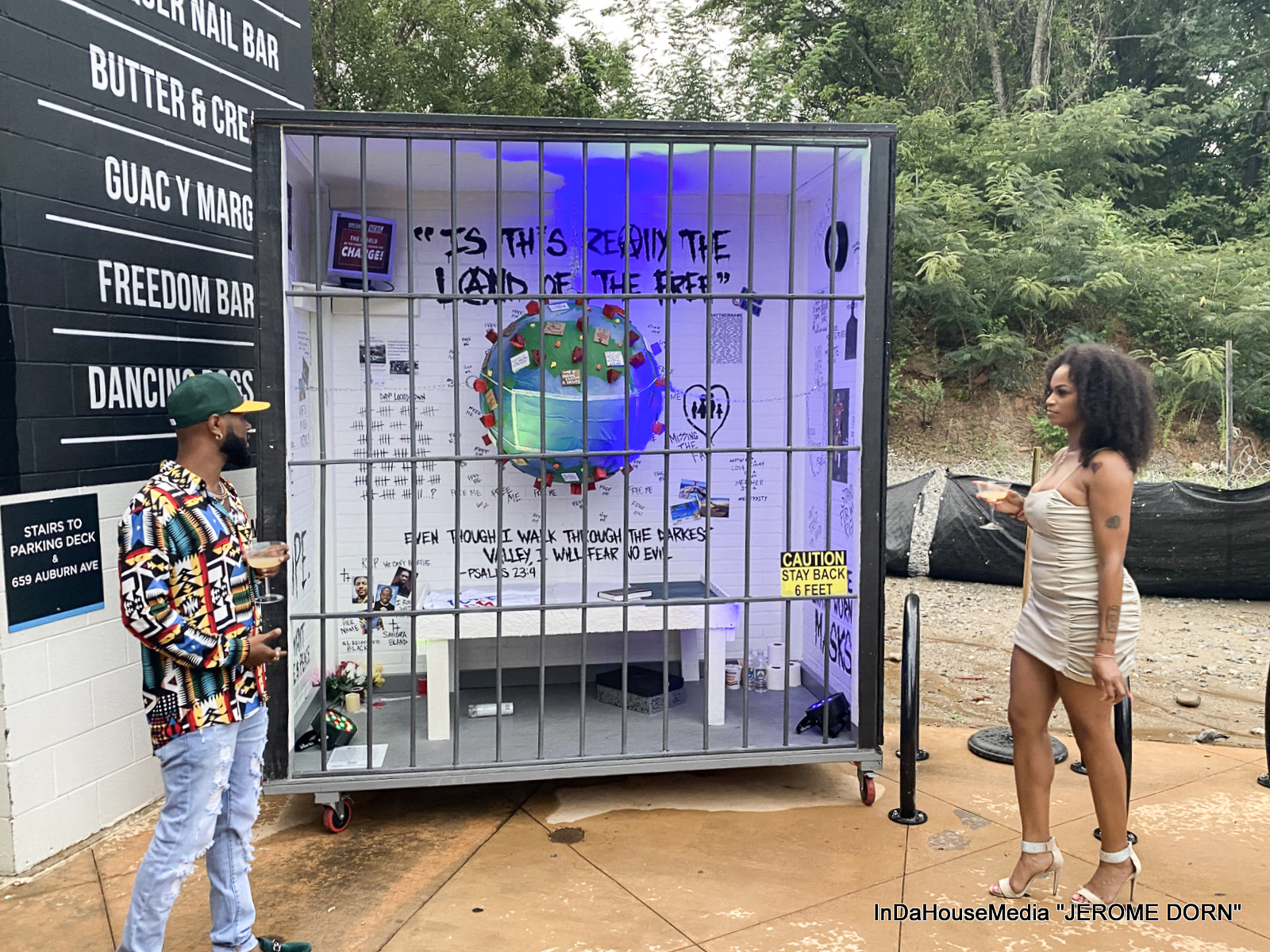 Friday, August 14th was the official unveiling by Rich Bizzare a visual artist in residence at the Trap Music Museum. The unveiling showcased a special piece on prison reform.

Rich Bizarre has created TMM classics, such as the scenes from the movie “Hustle & Flow” for the Trap Music Museum Gala, The  Haunted House that hosted Blame it on Kway, B. Simone, and Jess Hilarious and much more TI’s classics. See more below

Who is “Rich Bizzare

Rich Bizarre an all-around artist that embodies many forms of creativity from Painting / Visual art to Graphic Design, Creative Directing / Set Design & branding content. Migrating from Brooklyn NY to the City of Atlanta his love for art reflects as he connects paint to canvas and innovative ideas into visuals. Turning his passion into a business he’s started the company “Bizarre Is Dope” where he provides full creative services. His artistic skill set has grown nationally & has locked in clients such as Grand Hustle, Trap Music Museum, MTV, Spelman College, God Is Dope, Art Basel and a list of different celebrities, independent businesses & general art lovers. Rich Bizarre is known for his vibrant and expressive body of artwork that provides a unique meaning to the word DOPE, or as he would say it “Bizarre is Dope”! Stay tuned in as he continues to grow & create his bizarre journey.

Who is Krystal Garner?

“KG” as she is most affectionately known exploded onto the scene on Season 1’s “The Grand Hustle” with T.I. on BET where she won the title of “Ultimate Hustler” after competing against other entertainment aficionados. Continuing to dazzle with entertainment magic, KG currently stars in “The Ave Series” & “Anything but Love” both found on Amazon and “Super Model” on Netflix!

Succeeding in everything she touches, her fans coined the term “KGism” to spotlight her many accomplishments which include a billboard in Times Square, New York for the American Heart Association, the social ad campaign for Nike, commercials for Nissan, Blackberry, and AquaHydrate, a lead acting role in “Love Don’t Live Here No More” by Ghostface Killah with Michael Williams, and a radio personality on Radio 103.9fm on iHeart Radio.

Dedicated to her community and creating pathways for children and youth, Krystal is often sought after for her infamous motivational speeches. She wants every girl & boy to know that dreams are real, they just have to continue to dream while wide awake! A proud member of Alpha Kappa Alpha Sorority, Incorporated, she surrounds herself with other go-getters with a full understanding that “Eagles soar with eagles.”