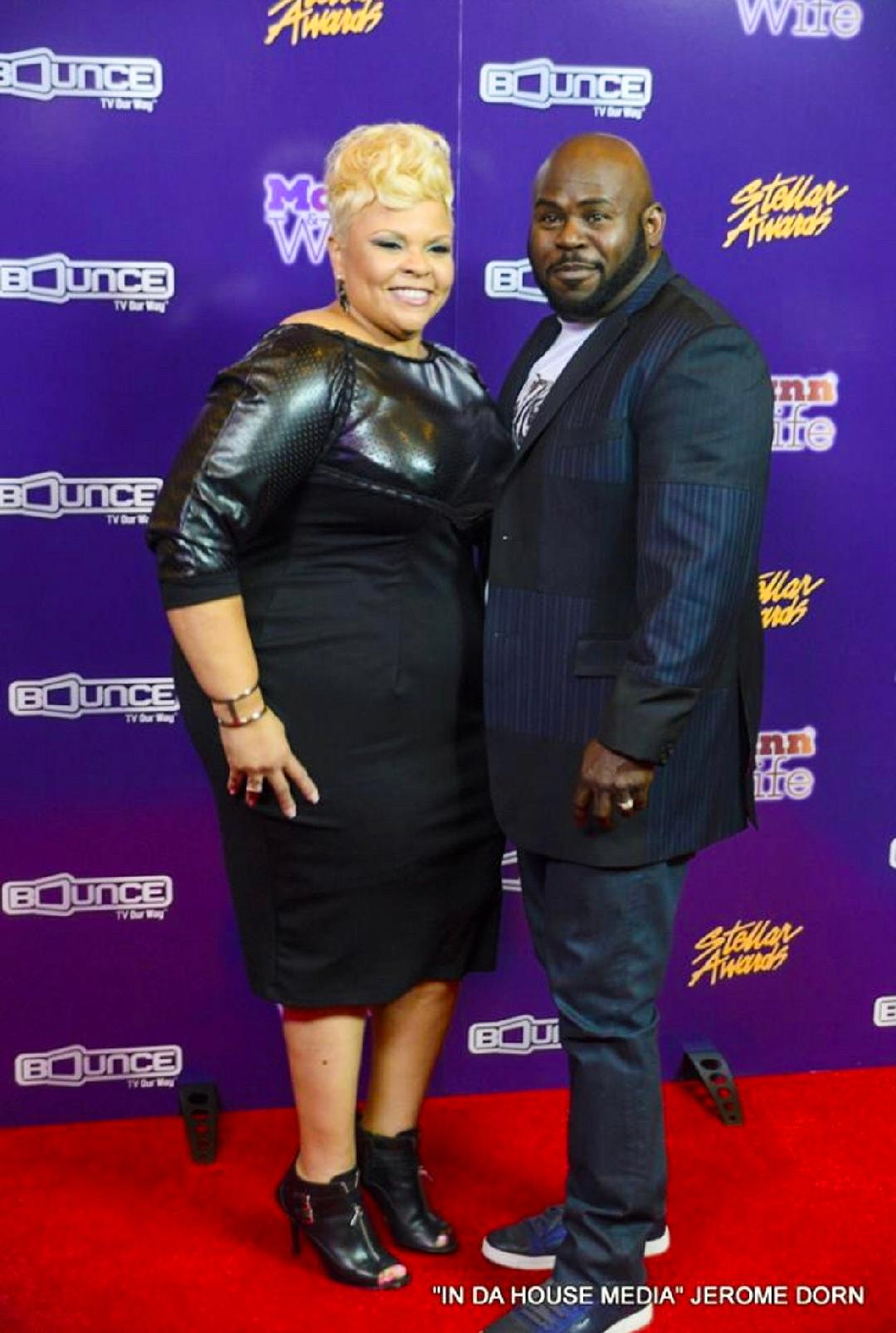 David and Tamela Mann are joining forces and creating a production out of this world. The dynamic duo has been on tour since early October and has an album release on November 9, a book release on the 13th, and a Christmas movie premiering on TV One on December 2. The ‘Us Against the World’ album is their first joint album based on resilience and enduring love. The songs mirror their new book ‘Us Against the World’: Our Secrets to Love, Marriage, and Family.

The Manns have been on tour along with their son David Mann Jr., and daughter Tia Mann sharing a full production of music, comedy, and family entertainment. The pair features new songs from their album including their new hit single, ‘Good Love’ that releases on November 9. David says him and Tamela interact with the crowd and ask them unique questions about their marriage.

“I give teachable moments. There’s one segment in my set where I ask a couple do yall love each other, they go of course ‘yea we love each other’. But are you guys in love because its possible to love somebody and not be in love and you don’t realize im giving moments of teaching because I wrap it in comedy.”

Although the Manns are in tune with love, marriage, and family it took a while to get there. In their new memoir, they talk about their blended family and how it almost broke up their marriage. David, NAACP award-winning actor, and comedian, also shared gems on how he reassured his wife that she was the most important thing in his life.

“We talk about the knock at the door which was kind of a hard place in our marriage,” Tamela said. David picks up by saying, “I have another child by another woman that happened before our marriage.” The couple explained they were 5 years into their marriage and Tamela says she felt like she would be ‘lost in the shuffle’ of a new child. David reassures her, “I love my kids, I’m a standup guy I’m going to make sure I take care of my kids. But at the end of the day, you are my first priority it. It’s us against everything else, it’s us against the world, it’s us against anything that can come against tearing us apart. That’s where the whole us against the world title came from.”

With all their accomplishments the pair believes their 30-year marriage is their greatest accomplishment. Their new holiday movie ‘Merry Wish Mas’ will premiere on TV One on December 2. The Christmas film is directed by Award-Winning actress Terri J. Vaughn and executive produced by the Manns. Kim Fields, Towanda Braxton, Chrystale Wilson, Elizabeth Omilami, and Yung Joc will star in the film.

Vaughn said in an interview with TV One that this is a movie you don’t want to miss. “Heartwarming stories like Merry Wishman that bring families together and make us laugh are as much a part of the season as Christman trees and Santa himself.” She continued by saying, “This movie, touching upon family conflicts, singlehood and love, money woes, and wishing for Christmas miracles, is set to become a highlight of the coming holidays.”

Continue Reading
You may also like...
Related Topics:David andTamela Mann, David Mann Jr., Featured, Tia Mann, Us Against The World