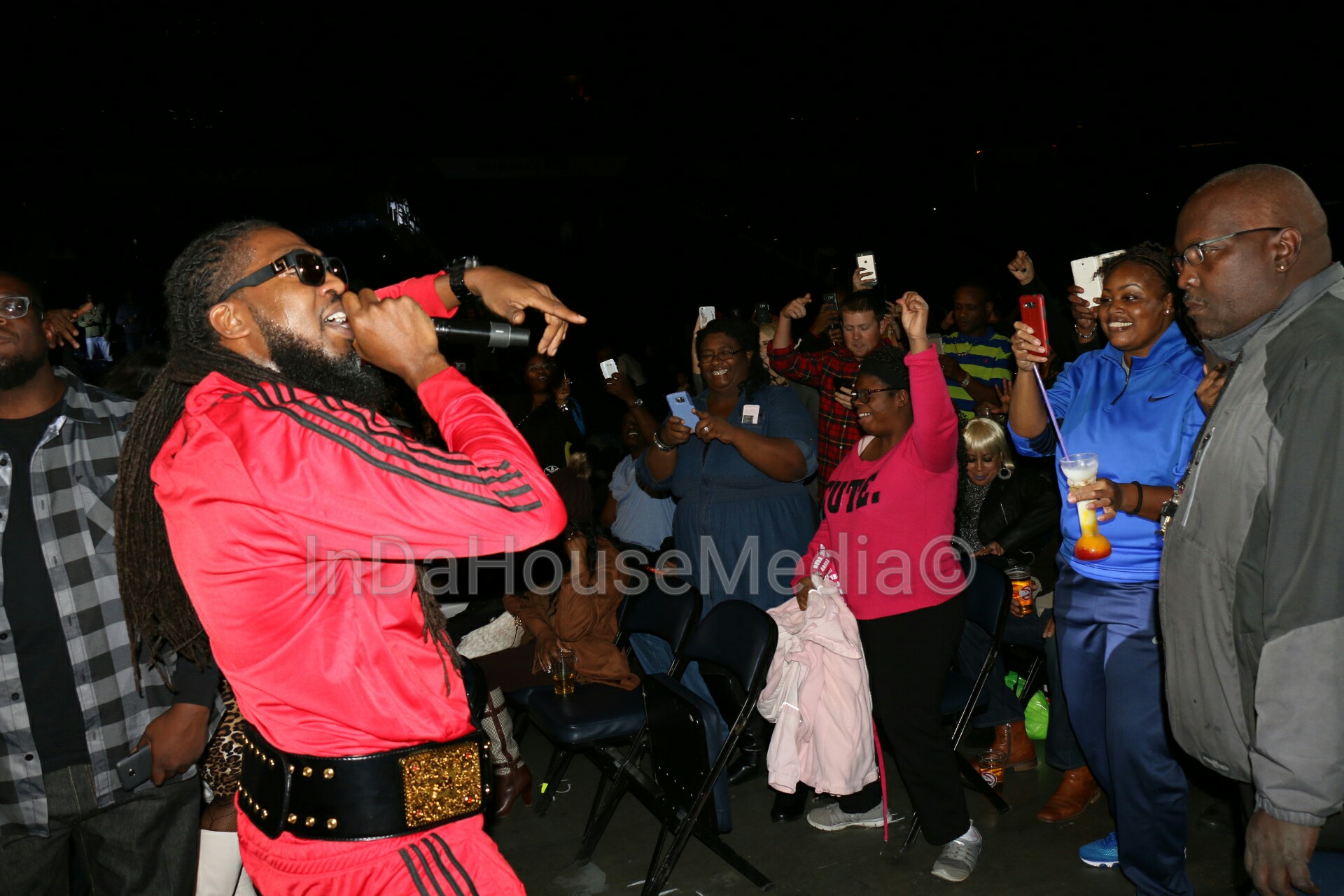 There’s a lot of Hip Hop acts out in the 21st century that create songs, but depending on what generation you grew up in such as the 70’s 80’s, 90’s etc., sometimes determines your level of respect and appreciation for great music. Nowadays, the music you here lacks a bit of substance, and you can’t always understand the lyrics that are coming out of their mouth.

On New Year’s Eve, an Old School Hip Hop festival swept through Atlanta dubbed the Legends of Southern Hip Hop. The show was off the chain! The arena’s energy and vibe was on point which made for a perfect way to ring in 2017. In my opinion, what I heard last night was great music, but I may be bias because I’m an 80’s baby.

A recap of some of the highlighted moments: Pastor Troy, with his super hype energy, represented Georgia to the fullest with his hits “We Ready”, “Vice Versa” and more. Pastor Troy went into the crowd and interacted with his fans and they went crazy. Trick Daddy, showed out with his humorous rants, to performing his many hit songs such as his infamous “I’m a Thug” to a very much needed message “Thug Holiday” it’s a must listen. He is covering everything from black lives matter, senseless gun violence, families losing their loved ones to cancer, incarceration, violence etc. Thug Holiday speaks volume. The Legendary Scarface, was in the building giving us some classic hard hitters “Smile” and “My Minds Playing Tricks On Me”. Big Daddy Kane, came through with more nostalgic hits but one that stood out the most was “I Work” which got the crowd super hyped. Mystikal, performed many hits from his catalog “Danger”, “The Man Right ‘Chea” and more. Their were special guests in the building Killer Mike, HeadKrack (Rickey Smiley’s Morning Show) and more.

Doug E. Fresh and Slick Rick closed out the show and rang us into the new year with collaboration hits “The Show” and “La Di Da Di”. Doug E. Fresh brought out Lil Vicious to perform their hit “Freak”. Doug E. Fresh’s talent and gift reigns supreme. He is well into his 40’s still beat boxing as though he is in his early 20’s. He beat boxed us into the last 3-4 minutes countdown into 2017 over an instrumental beat. That’s what you call talent.

Don’t miss a show near you. Go visit www.ticketmaster.com so you can relive that old school hip hop music experience.